The Centre of Geoeducation in Kielce is a modern facility, integrated into the captivating landscape of the Wietrznia reserve of inanimate nature, named after Zbigniew Rubinowski. The project has been implemented of the initiative of the Geopark Kielce, a division of the Kielce City Hall which deals with administration of geological sites and promotion of geotourism in the city.

The Centre of Geoeducation comprises several elements which considerably enrich the concept of the świętokrzyskie Archeo-Geological Trail as a tourist product, especially in terms of the recently popular geotourism.

The Centre of Geoeducation includes:

There is also the administation section which functions as an information and contact point for the Geopark Kielce and the Chęciny-Kielce Geopark. 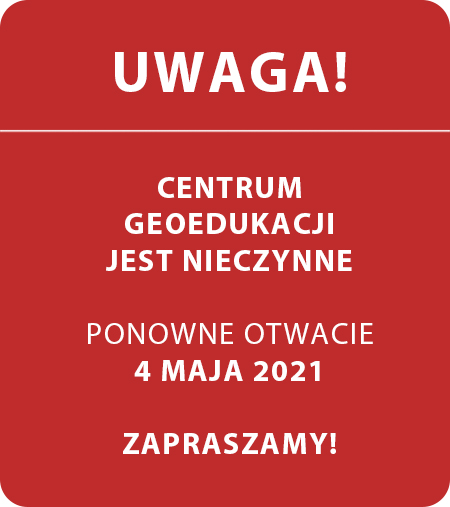